Feast of Saints Peter and Paul

Verily, the all-solemn Feast of the two Apostles hath arrived, bringing us salvation. Wherefore, let us mystically exult, crying unto them: Rejoice, O ye who have become luminaries to those in darkness, two rays of the Sun! Rejoice, O Peter and Paul, adamant pillars of the divine doctrines, ye friends of Christ and two honored vessels! Be ye present among us in an invisible manner, and grant immaterial gifts to those who extol your feast with songs.

--Doxasticon of the Feast, Tone 6

Posted by David Garner at 8:24 AM No comments:

Nativity of St. John the Forerunner 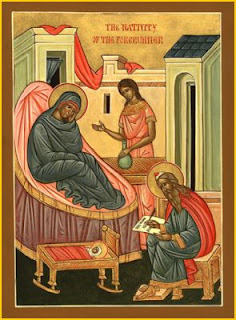 O Prophet and Forerunner of the coming of Christ, we honour thee lovingly but cannot extol thee worthily; for by thy birth thy mother's barrenness and thy father 's dumbness were unloosed; and the Incarnation of the Son of God is proclaimed to the world.

Having once been Baptist myself..... 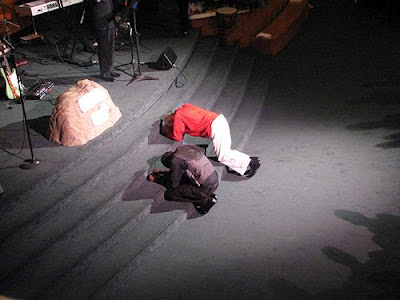 .....I found this blog post from Father Andrew Stephen Damick to be well stated.

And the fact that the SBC is debating whether to continue encouraging use of the "sinner's prayer" for conversion purposes refreshing.

Sunday of All Saints 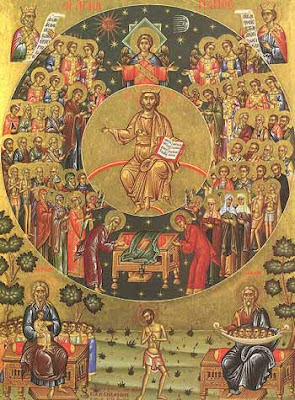 The Sunday following Pentecost is dedicated to All Saints, both those who are known to us, and those who are known only to God. There have been saints at all times, and they have come from every corner of the earth. They were Apostles, Martyrs, Prophets, Hierarchs, Monastics, and Righteous, yet all were perfected by the same Holy Spirit.

The descent of the Holy Spirit makes it possible for us to rise above our fallen state and to attain sainthood, thereby fulfilling God's directive to "be holy, for I am holy" (Lev. 11:44, 1 Peter 1:16, etc.). Therefore, it is fitting to commemorate All Saints on the first Sunday after Pentecost.

http://orthodoxwiki.org/Pentecostarion#Sunday_of_All_Saints
Posted by David Garner at 5:01 AM No comments:

Speaking the truth in love (the blog post, not the podcast) 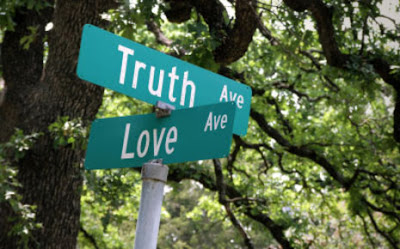 I am reminded today how common it is to treat converts from one's own tradition poorly upon learning they are converting to another.  I was, I suppose, fortunate in that I was a relative nobody among Lutherans, and so I did not have to deal with the litany of people who tend to pile on more notorious converts.  Nonetheless, I saw today an announcement by one who is suspected to be converting to the Roman Catholic Church that was followed by some pretty acerbic commentary by those within his former tradition, in this case Reformed.

I only had two instances of such poor treatment in my own conversion, and both came a bit after the fact.  I've seen much worse, and I've seen the converse as well -- those who leave their former tradition only to look back and constantly remind everyone around them how wrong they are not to see the truth they now see so clearly (but did not only a few short years prior).  I was reminded of that yesterday by another friend.  Again, I've been fortunate.  My own experience has been, for the most part, very kind and loving treatment by my Lutheran friends who are aware of our conversion.  This is particularly true of those who struggled the hardest to try and keep us in the Lutheran fold.  I have good friends, and one reason we were Lutheran for so long was the kind influence of such noble, well intentioned and loving people.  For the same reason, I am loathe to criticize Lutherans or Lutheranism in any overt sense.  We left, we have disagreements, and we think those disagreements matter.  But I am not in any sense angry about our time as Lutherans, nor do I feel any animosity toward those we left behind.

Part of that is dogmatic -- despite some claims to the contrary based on faulty views of our ecclesiology, we in the Orthodox Church tend to not go around deciding who is saved and who is damned based on Church affiliation.  We are not universalists, but we consider the heresy of universalism to be a lesser evil than the heresy of falsely judging our neighbor.  A common refrain among the Orthodox is "in matters of salvation, our attitude ought to be 'everyone is saved but me.'"  This is not meant to call into question our own salvation, but rather to worry only about our own salvation, and not judge others.  As we are reminded every year during Great Lent by Saint Efraim, "grant me to see my own sin and not to judge my brother...."

But part of it is that I saw and perceived and lived in the presence of the Holy Trinity as a Lutheran.  Perhaps not in a canonical sense.  Perhaps not in the fullest sense.  But I am quite sure that my salvation as a Lutheran was no more nor less in question than it is now as Orthodox.  That doesn't mean I think doctrine doesn't matter, nor that I believe the differences to be insubstantial.  But it is to say that having lived in Christ's forgiveness as a Lutheran, I cannot look back with a jaded eye and call into question everyone else's forgiveness who remained behind.  Would I prefer that they all unite to Christ in His Church, according to the Scriptures and the Apostles and the canons?  Sure I would.  But that does not mean I consider them all unsaved.  And while I know that they all wish we'd remained Lutheran and remained in what they consider to be the pure Gospel, I'm fairly certain none of them think I am unsaved based on our disagreements in doctrine.  In error?  Certainly.  Damned?  By no means.

A common justification I hear for such nasty behavior is one I saw repeated today -- "I am speaking the truth."  "Forget about my tone, can you refute anything I said?"  Etc.  Another, more spurious, defense is that Christ often used sharp language to call out those in error, as when He referred to the Pharisees as a "brood of vipers" or took a whip and drove the money changers from the Temple.  And this is certainly true -- Jesus did say and do those things.  But this same Jesus is united with the Father and the Holy Spirit.  This same Jesus inspired His Apostle, Saint Paul, to write the very words that form the title of this post -- "speaking the truth in love" -- to the Ephesians.  This same Jesus was there when the Father said "do not bear false witness against your neighbor."  Martin Luther, in his Small Catechism, taught that this Commandment means we should "say everything in the kindest way."  This teaching is not among the differences I have with the Lutheran Church -- I believe Luther's interpretation of this Commandment to be the correct one.  A former Pastor of mine is fond of saying "the devil can quote Scripture."  This is most certainly true.  And I believe that Pastor would agree with me that the devil can even quote Scripture to justify being a complete jackass.  I believe this because this Pastor does not act that way, and he does endeavor to say everything in the kindest way.  It is the difference between working out one's salvation in fear and trembling and perverting one's own professed confession to justify slandering and doing evil to others.

Did I mention the vast majority of the Lutherans I know have been kind and supportive of us, even as they do not support our decision to convert?  There is a lesson here, for all of us.

This is not intended to imply that Protestants are to blame here.  We have our fair share of jackasses in the Orthodox Church, as I reference above.  I'm quite sure Rome does as well.  As another friend of mine, also a Lutheran Pastor, is fond of saying, "the Church would be a great place if it weren't for all those sinners."  Of course, his point was that we are all sinners, and none of us has the right to judge another, even in his most flagrant sin.  Judgment belongs to Christ, not to us.  There is a lesson here as well.  For all of us.

It is also not to point fingers outward, because I find myself frequently unable to speak in the kindest way, and more frequently responding in kind to what I perceive as unkind and unfounded attacks on the Orthodox Church.  I write this as much as a reminder to myself as an admonition to anyone else.  We are called to speak the truth in love.  There is a lesson here.  For all of us.
Posted by David Garner at 6:14 PM 2 comments: